As this blog has been on hiatus for the last several months, it's my pleasure to revive it by featuring the wonderfully talented and insightful Peter Cherches.  I first met Peter several years ago through my brother, with whom he shares a passion for jazz and avant garde music.  Since then I've discovered that Peter and I share a common circle of friends and colleagues in the literary community, and I've been lucky enough to see him read on a couple of occasions.  I asked him to do a shoot with me when he was last in town, and to write a bit about his background.

"I've been a writer literally since I could read and write. In elementary school and at summer camp I wrote humorous skits. As an adolescent I made satiric zines about my neighborhood. I published protest poems in my junior high school literary magazine. But I really got serious about being a Writer when I read Pinter's The Birthday Party at age 18. It gave me license to write 'weird.' From there I discovered Beckett, and Kafka, Borges, Gertrude Stein, Henri Michaux, Julio Cortazar, Kenneth Patchen, surrealism, dada, OULIPO, and on and on.

"As I honed my craft, I discovered my true metier was what I'd call 'mindfuck minimalism.' Much of my creative work is inspired by the pitfalls of communication and the perils of identity.

"I've been a foodie since I was about 11 or 12, a self-defense response to my mother's dreadful cooking. I became an avid traveler in my thirties, and have traveled extensively in Asia, Europe and The Americas. For five or six years I wrote a food and travel blog called 'Word of Mouth.'

"In 2013, about 25 years after my previous book, I started publishing again, with the Upland-based imprint Pelekinesis. Lift Your Right Arm is a collection of minimalist prose sequences that inspired Billy Collins to write, 'To Gödel, Escher, and Bach we might consider adding Peter Cherches.' A few years later we released Autobiography Without Words, stories about real and imaginary Peter Chercheses. My third Pelekinesis collection, Whistler's Mother's Son (and other curiosities), will be published this March. Stylistically, this one is all over the map, except for a place called Normal.

"Since I was coming from Brooklyn on Memorial Day weekend to visit and work with my publisher, Mark Givens, a stone's throw from where Elder lives, we decided to finally do the photo shoot we'd been discussing for two years, in nearby Pomona and Claremont. We agreed that we'd try to catch my culinary, traveler and literary natures in the shoot. I had a ball playing the character known as Peter Cherches.

"The piece of mine I selected for this project is from the new collection. It is, to a degree, a self-portrait and a complement to Elder's photos."


Called “one of the innovators of the short short story” by Publishers Weekly, Peter Cherches is a writer, singer and lyricist. A native of Brooklyn, New York, he is the author of three short prose collections from Pelekinesis: Lift Your Right Arm, Autobiography Without Words, and Whistler's Mother's Son (available March 23).  His first recording as a jazz vocalist, Mercerized! Songs of Johnny Mercer, was released in 2016. He is currently working on a book about his relationship with music. A short piece from Peter's new book, Whistler's Mother's Son, appears below.  His books are available from Pelekinesis press. 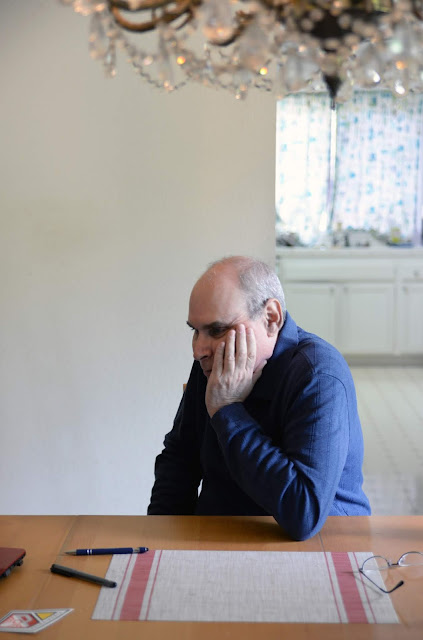 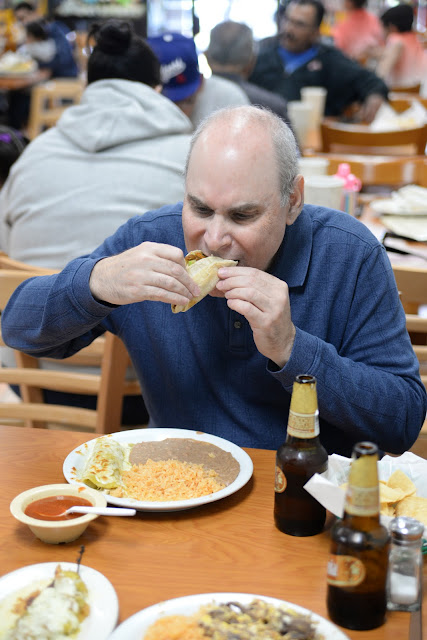 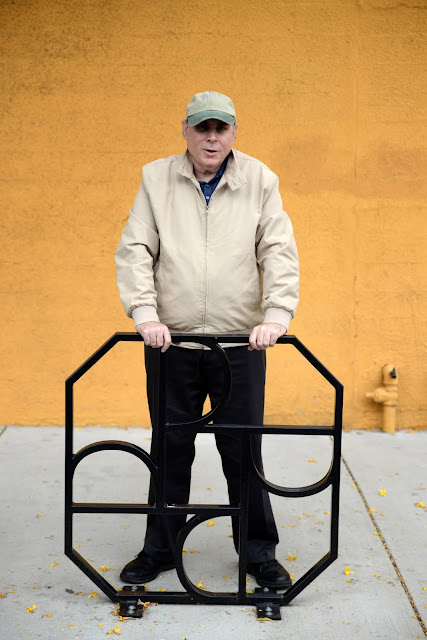 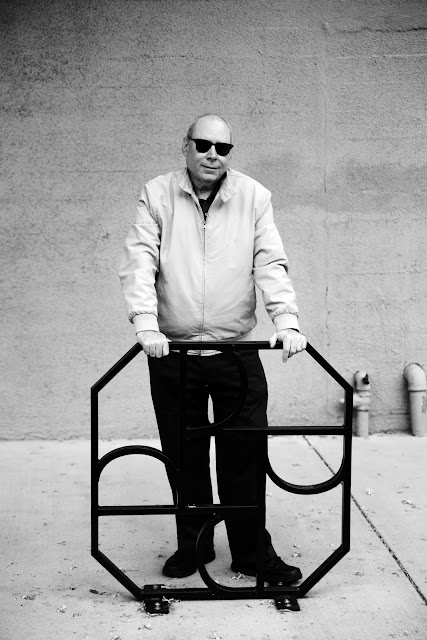 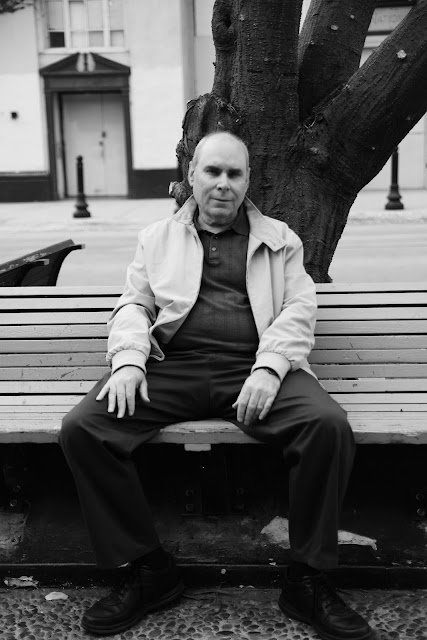 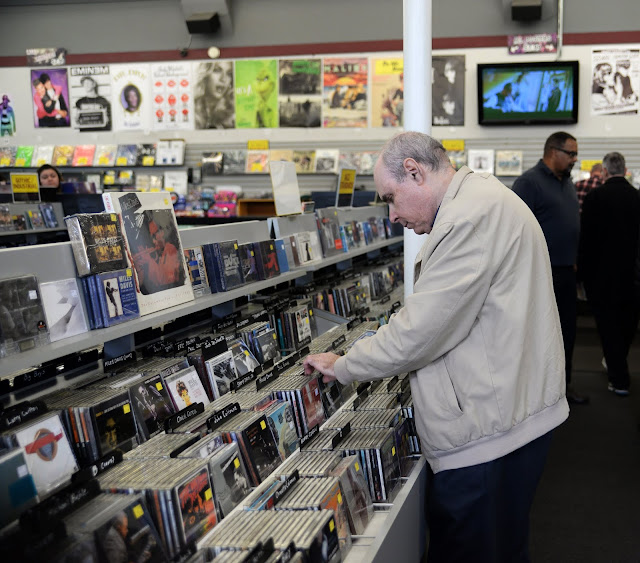 am freaking out now,

but pay no attention, I think it's a by-product of the method. Or at least that's how I calmed myself down and kept on keeping on, so to speak.

So I get here, to this point, here I am, I don't even know where I am, having kept on, carried on, soldiered on after having been stymied by an unfamiliar method. Stymied? Really it was more like an inconvenience, the inconvenience of having to cope with an unfamiliar method. If I had a familiar method at my disposal we'd be there already, but here, wherever we are, I have no idea where we are because I'm impeded by an unfamiliar method, I have no idea. Not that I'd necessarily be unimpeded by a familiar method. I remember (and here I have to laugh), oh it must have been a good fifteen twenty years ago, when I was impeded by the most familiar of methods, as familiar as my right arm, one might even say, which I've been known to lift on command, on occasion. It was quite an embarrassment, I must admit. There I was, the odds-on favorite, it being well known how intimately familiar I was with the method, it not being known that, the familiar method being out of my reach, I had to resort to an unfamiliar method; flubbing it, there's no other way to say it, flubbing it—I tried blowing it, but blowing didn't sound right, not right like flubbing, so flubbing it would have to be—would have made me a laughingstock, an object of derision and opprobrium, the Village Idiot, as it were, no, that shouldn't be capitalized, village idiot, no.

Posted by Portraits of Poetry at 10:27 PM No comments: 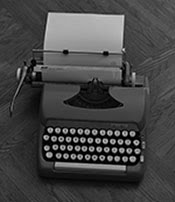